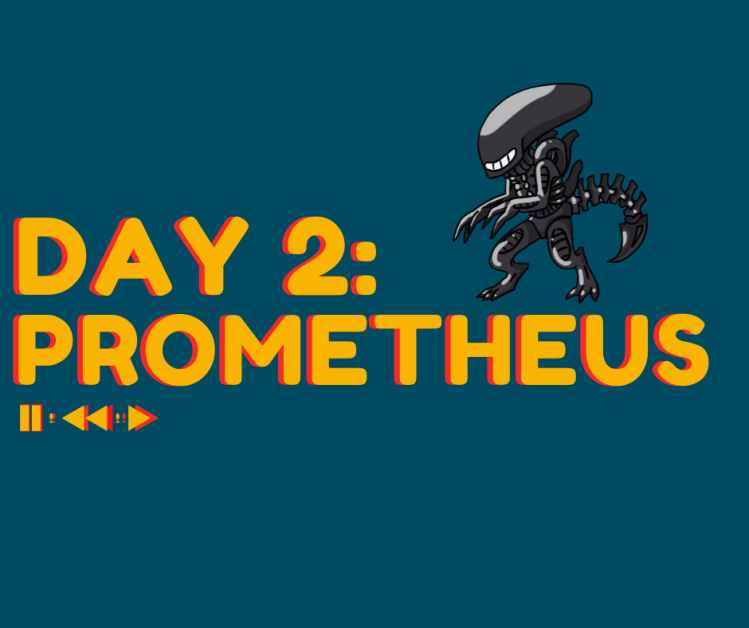 Simple Overview: If you’re like me you have wanted more of Ridley Scott’s universe from Alien you’re in luck with Prometheus. A prequel that not only has a little fan service but also tells a bit more on the Xenomorphs origin story. Includes a bunch of rad sci-fi combined with great performances from the actors making this a fun yet thrilling prequel film.

What Could Have Been Better:

If you haven’t watched the film skip this part, but I wanted more Xenomorph screentime. While the other forms that develop into the deacon(xenomorph) are cool I still wanted more. I also felt like the tech could have been a bit more advanced for their vehicles but perhaps vehicles have yet to advance beyond tires in 2093.

What I loved:  The spacesuits were very cool and not offputting for the exploration of a new planet. (Through the film you can see different variations of suits that bulk up as needed for different tasks). I thought the MED-POD was some cool tech that I’ve also seen the idea for in other films(Elysium) and love the future of medicine could be one of these. Fifield’s cameras were super rad, these are ultra-advanced drones that made quick work of mapping out tunnels. Michael Fassbender as David, I really enjoyed his overall performance and thought he brought his A-game and carried the storyline of this film forward.

Final Thoughts: This was a great return to form that we needed for this franchise. Wasn’t over the top but a welcome story that helped fill in more of the world of Alien and the thrilling story in space exploration that many of us love. A must watch if you are a fan of the original films who wants more of this universe.
Rating: 4 of 5 thumbs up. Could have been better but overall a film I loved and will watch again.

This site uses Akismet to reduce spam. Learn how your comment data is processed.